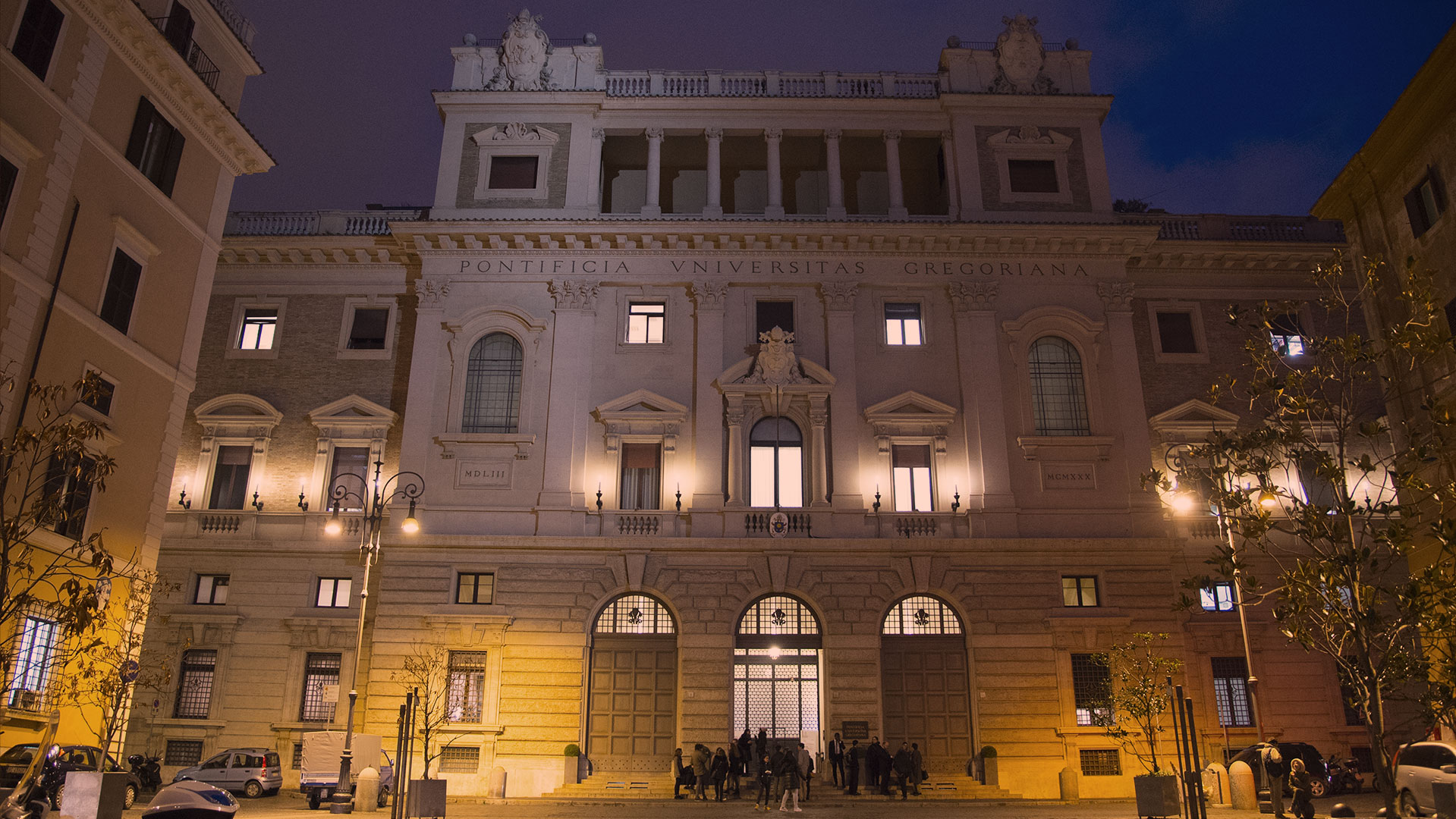 02 Jan 10 FACTS ABOUT THE GREGORIAN

Posted at 18:01h in Gregorian University by gregorian

St. Ignatius of Loyola, founder of the Society of Jesus (Jesuits), founded the College in 1551, with financial patronage from St. Francis Borgia. St. Ignatius envisioned a “university of the nations, for the defense and propagation of the faith and for the training of wise and qualified leaders of the Church and society.” Today the Pontifical Gregorian University has an international and diverse student body with approximately 2, 800 students representing over 150 countries.

The Roman College was around for thirty-three years before Pope Gregory XII gave the College a new building and endowment, allowing the institution to increase enrollment and expand curriculum. The College was then able to accommodate nearly one thousand students and include courses in mathematics, astronomy, and physics. Three hundred years later, Pope Gregory’s generosity was honored when the College was renamed after him.

The three libraries of the Gregorian Consortium have nearly 1.2 million volumes. The majority of the library’s collection—820,000 volumes—is housed in a six-floor tower adjacent to the Palazzo Centrale. The library’s reserve contains many ancient and precious books, as well as many rare editions, including eighty books from the 16th century.

Through the years, the Gregorian has strived to stay connected with its past as the Roman College and is strongly rooted in Ignatian spirituality. The university’s aim is broad enough to encapsulate the needs of the whole Church, and is today the largest center for the training of Church leadership and ministry and a world center of scholarship and research. While there are many religious men and women who attend the Gregorian university, twenty percent of university attendance is by lay men and women. Faculties include theology, canon law, philosophy, history and cultural heritage of the church, as well as missiology, and social sciences, and institutes of psychology and spirituality.

The Gregorian even offers courses in other faiths, especially Islam and Judaism. In fact, it hosts a Centre for Interreligious Studies and hosts a permanent Muslim professor, the Koran scholar Adnanee Mokrani. Also the Cardinal Bea Centre of the Gregorian University is dedicated to the promotion of a theological knowledge and understanding of Judaism.

After the addition of the departments of mathematics, physics, and astronomy, discoveries were made which led to the foundation of the calendar currently in use the world over (the so called “Gregorian calendar” since it was established by Gregory XIII). This calendar was formally put together by the Jesuit Christopher Clavius, a professor of the university at the time.

A pontifical university is a Roman Catholic university under the authority of the Holy See. It is licensed to grant academic degrees in sacred faculties, the most important of which are Sacred Theology, Canon Law, Sacred Scripture and Philosophy.

As a Jesuit University, it is characterized by its availability for service to the Holy See. Its pedagogy is rooted in the personal and professional relationship between professors and students and insists more on the assimilation of wisdom than on the multiplication of knowledge. It offers a mentoring relationship aimed at the development of personality, acquiring greater inner freedom and at accepting personal responsibility. It promotes an interdisciplinary approach that gives students an integral formation. The hallmarks of the Society of Jesus include: the social sense of a faith that works for peace, truth and justice; dialogue with the world of culture and science; the promotion of Christian unity and interreligious dialogue; the value and dignity of each person and of creation itself.

The Institute of Psychology, founded in 1971 at the Pontifical Gregorian University, aims to prepare specialists in psychology who integrate the spiritual and psychological dimensions in the apostolic and educational activities where they are responsible. Students may later serve as Spiritual Directors in Seminaries, as vocational formators, and as educators etc. In this way the Institute seeks to respond to the invitation of the Second Vatican Council: “In pastoral care, appropriate use must be made not only of theological principles, but also of the secular sciences, especially of psychology and sociology. Thus the faithful can be brought to live the faith in a more thorough and mature way” (Gaudium et Spes, n. 62).