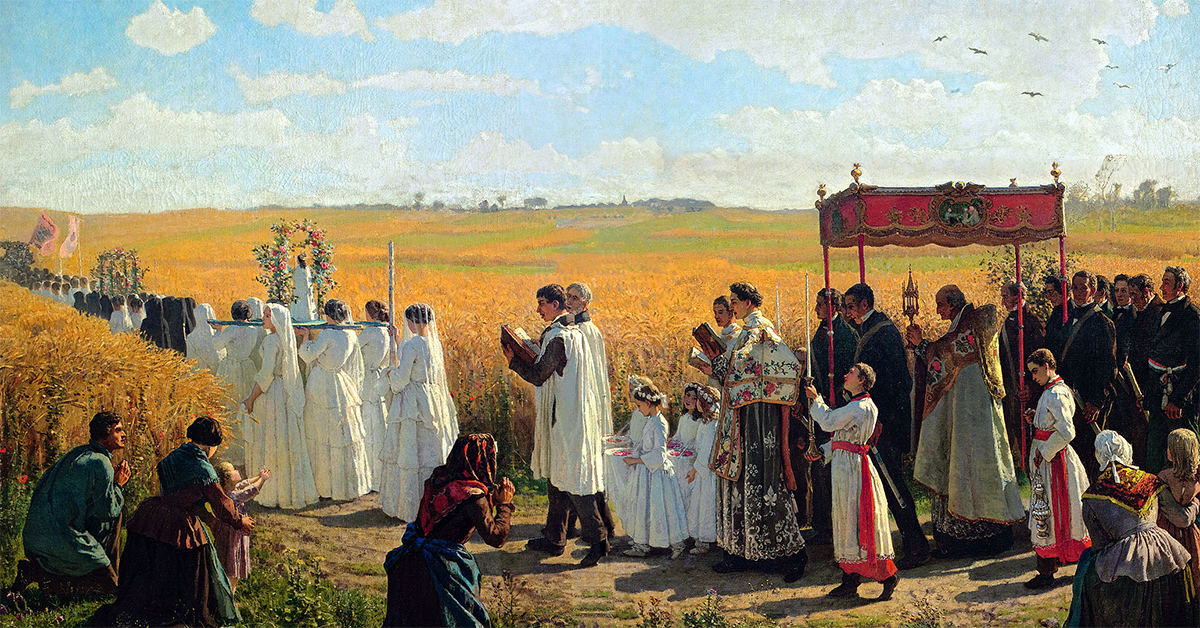 Posted at 22:42h in News & Updates by Colleen Mudlaff

We Are One Body in Christ

Just one week after I was ordained a priest, I was privileged to say Mass at the church in the Pueblo Indian village where I had worked for four years before joining the Jesuits. Some of the children I had taught, now grown, were there, as were several friends and colleagues I had worked with and families I had come to know. It was the Feast of Corpus Christi, the Body and Blood of Christ. As was the custom there, at the end of Mass, we had a procession around the village plaza, the center of their communal life and culture. I carried the Blessed Sacrament around the plaza, attended by the choir and other worshippers, and blessed a number of little shrines that various families had erected for the occasion. After this we went to a friend’s home, where they put on a traditional feast for the occasion.

It was a very moving and meaningful experience for me. Besides reconnecting with a significant and formative time in my life and the people who had become so dear to me, it brought home in a new way the meaning of that important feast. The Pueblo people, like many Native Americans, have a deep sense of the reality of the spiritual world and how it interpenetrates the physical world of our everyday experience. In their traditional religion, the world is populated by spiritual beings who nourish, guide, aid and sometimes vex us, while the earth, sky and sea are seen as alive and sacred, worthy of reverence and respect. The rituals and practices of their rich communal life not only express their beliefs, but make them a lived reality. All of this has allowed them to live an integrated, holistic and reverent life that I and many others have found attractive.

The Pueblo peoples’ keen awareness to the spiritual dimensions of our world has provided a fertile environment for Catholicism, which many of the people have embraced since their first encounters with the Spanish over 400 years ago. What is most appealing in Catholicism is its powerful sense of sacramentality, which erases the boundary between the physical and spiritual worlds, bringing them together in a single reality. Our rituals, we believe, not only refer to the transcendent reality of God, but make that reality present to us. This is especially true of the Eucharist, which we celebrated in a special way earlier this month in the feast of Corpus Christi. Jesus Christ, the Divine Word became human, gave Himself fully for our sake, pouring out His body and blood on the Cross so that we might be freed from the bonds of sin and death that separate us from God. In the Eucharist, we not only remember Christ and His sacrifice, but it becomes fully present to us, just as real as on Calvary, as Christ offers Himself to us in the sacred meal, giving us a share in the Divine Life. Thus the spiritual, the holy presence of God, is not only all around us, but becomes a part of us.

This all comes together in the Church, which, by God’s gracious plan, is the Body of Christ, as St. Paul often tells us. That is, by the power of the Holy Spirit, God has gathered people from every nation, language, race and culture to form one unified body that is the visible presence of Christ in the world and the chosen instrument of His healing and reconciliation. That is how the Church can be maddeningly human and fallible, even sinful, yet still command our reverence and loyalty. It is there that we can live an integrated and holistic life, fully human and engaged in the world, yet filled with the Spirit, all brought together in the Body of Christ. We are proud to partner with the efforts of those in Rome, detailed for example in this newsletter, to help build that Church.