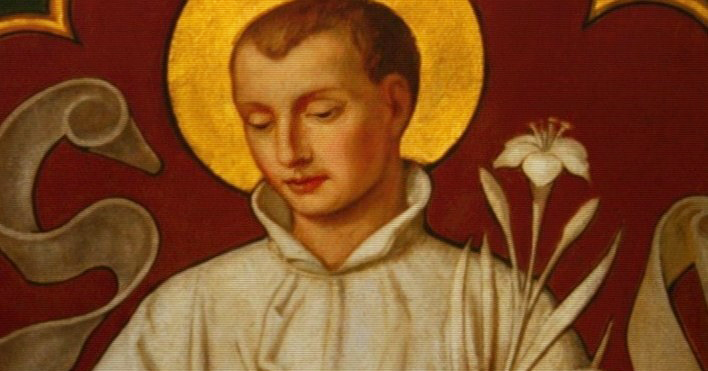 Posted at 10:29h in News & Updates by Colleen Mudlaff

Jesuit Education: From and For the Heart

June 21 is the feast of St. Aloysius Gonzaga, who as a young Jesuit studying at the Roman College (now the Gregorian University) during an outbreak of the plague in Rome, was moved to go out and minister to the sick and dying, from whom he contracted the deadly disease himself and died at age 23.  This year’s feast of St. Aloysius was especially notable for us at the Gregorian University Foundation, because it was the occasion of our inaugural Distinguished Lecture, given by one of our own, Rev. James Keenan, SJ.  Fr. Keenan received his Licentiate and Doctorate in Moral Theology at the Gregorian University and is now the Canisius Chair and Director of the Jesuit Institute at Boston College, as well as its Vice-Provost for Global Engagement.  He is one of the most respected and influential Catholic moral theologians in the world, having authored or edited 25 books and published more than 400 articles, essays and reviews.  He was also responsible for organizing and chairing international conferences on important moral issues at Padua (2006), Trento (2010) and Sarajevo (2018).  Even with his wide range of activities and commitments throughout the world, he has maintained his relationship with the Gregorian, returning there on a regular basis to teach and work with students and faculty.

In his lecture (watch HERE), Fr. Keenan emphasized the importance of “vulnerability” and “recognition” as precursors to conscience formation in moral education.  In this context, vulnerability does not mean weakness or neediness, but an openness to experiencing and sharing the suffering of others.  As he described it, “vulnerability is the human condition that allows me to hear, encounter, receive, or respond to the other even to the point of being injured.”  This makes possible the recognition of the suffering of others who are often ignored and cast aside.  Once there is recognition, then a moral response is possible, which is where the guidance of conscience becomes operative.  In the development of this thesis, Fr. Keenan invoked a wide range of scholarship, from Thomas Aquinas to contemporary theologians such as Judith Butler, but he also drew heavily on stories from the Gospels, particularly the parable of the Good Samaritan.  The Samaritan, because of his vulnerability as a member himself of a marginalized group, was able to recognize the victim lying by the side of the road, while the priest and the Levite passed by as if he didn’t exist.  That recognition is what moved the Samaritan to act under the direction of his conscience, whereas the others, who presumably had well-formed consciences, never used them.

In emphasizing the primacy of one’s affective state over the purely intellectual and by using stories along with concepts to make his point, Fr. Keenan recognized that education has to touch the heart, not just the head.  As the columnist David Brooks wrote in a recent piece in the New York Times lamenting the breakdown of our sense of shared national identity that has bound us together as a people, “Once you realize that people are primarily desiring creatures, not rational creatures, you realize that one of the greatest projects of schooling and culture is to educate the passions…. This knowledge is conveyed not through facts but through emotional experiences – stories.”

This insight that education must be about the formation of the heart, our passions, desires, cares and commitments, not just our cognition, is at the core of Jesuit education.  It is rooted in the spirituality of St. Ignatius, especially as embodied in his Spiritual Exercises, the purpose of which is conversion of heart to free one for greater love and service.  In a similar way, Jesuit education is meant to challenge and inspire students to a deeper love and commitment to service of their communities, society, the Church and ultimately God.  We see that at the Gregorian, where we often hear from students and graduates that they learned generosity through not only the teaching, but even more the example of their teachers, Jesuits, other religious and lay, an attitude that is especially important for those preparing for ministry.  This month, as we celebrate the Feast of St. Ignatius, we also celebrate how his spirit lives on in our schools.