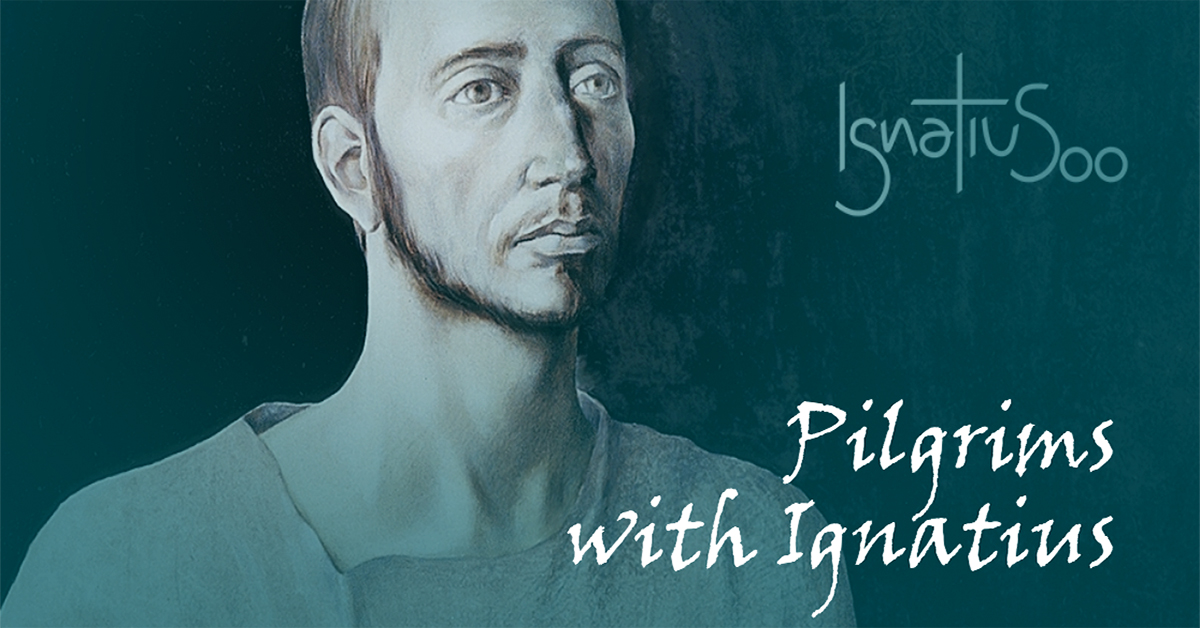 Posted at 08:50h in News & Updates by Colleen Mudlaff

Walking with the Pilgrim Ignatius

The Feast of St. Ignatius was a very special one this year, because it occurred as part of the observance of the Ignatian Year. The focus has been on Ignatius’ conversion, which began 500 years ago when he was wounded in battle at Pamplona. As has often been pointed out, that traumatic event and the year-long recovery that followed were just the beginning of a journey that lasted for the rest of his life. For example, Pope Francis, in his address to the Society of Jesus on the Ignatian Year, put it this way:

Conversion is a daily matter; it is never once and for all.  Ignatius’ conversion started at Pamplona, but it didn’t end there. All through his life he converted, every day again. And what does this mean? That all through his life he put Christ in the center. And he did so through discernment. Discernment is not about always getting it right from the start, but it’s rather about navigating, about having a compass to be able to set out on the road which has many twists and turns and letting oneself be guided always by the Holy Spirit who is leading us to an encounter with the Lord.

Fr. General Sosa had a similar message in his homily at Manresa on the Feast of St. Ignatius. “Conversion consists sometimes of great moments of change, but it is also a never-ending process,” he said. “This process is a pilgrimage along winding roads, up and down, sometimes having to retrace our steps, sometimes feeling lost.”

During this year commemorating the conversion of St. Ignatius, we are encouraged to think of ourselves as being on a pilgrimage, with St. Ignatius as our model and guide. That requires leaving behind the security and certainty of our present situation and becoming radically dependent on God, open to new possibilities and directions in our lives. In that spirit Ignatius renounced all his possessions and became a beggar, surviving on alms, in imitation of Christ poor and humble. As Fr. Sosa observed, “There is no doubt that this transformed him and made him see things anew,” leading to “the profound freedom that Ignatius acquired about himself and in his dealings with others.” This experience also brought him closer to others, sharing with them material necessities at first, but then also psychological and spiritual help, which grew into his ministry of “helping souls,” especially through “spiritual conversation.”

Ignatius believed so deeply in the importance of that spirit of dependence on God through the charity of others that he insisted that poverty, meaning the sharing of goods and the begging of alms, be a central part of the life of Jesuits. That is what moves us away from thinking about ourselves and what we have, to thinking about others, and makes us aware of our interdependence, building a stronger community. It also frees us to take risks and opens us to new possibilities.

The Gregorian University is one place where this Ignatian spirit is still very strong. Its outstanding Jesuit faculty live a very simple, spartan life in common and always put the care of their students and their work for the Church first. Since the tuition they charge barely covers half of the tightly budgeted costs, they depend on donations for the rest. That is why our work at the Gregorian University Foundation is so important, not just to sustain the institution, but, in fidelity to Ignatius’ vision, to bring people together around its vital mission in service of Christ and His Church. Your response has as always been inspiring in its gracious generosity. Truly Christ is present in this work, as we put our trust in His faithful care.