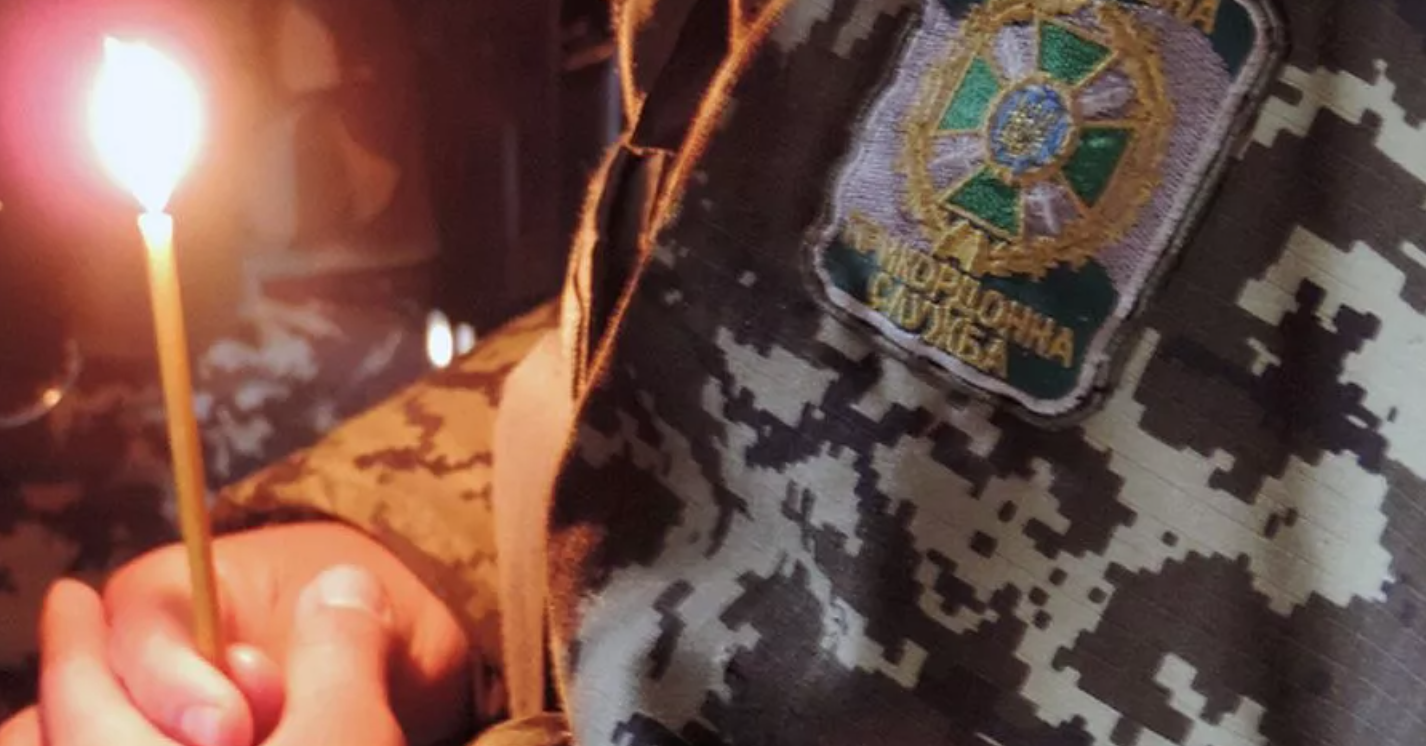 Posted at 12:55h in News & Updates by Colleen Mudlaff

​From its very beginnings, the Pontifical Oriental Institute was close with the church in Russia and Ukraine. They have direct contacts there including about 100 graduates in Ukraine, among them several bishops and 17 PhDs in Canon law. The head of the Catholic Church in Ukraine, Major Archbishop (Called Patriarch) Sviatoslav Shevchuk, is very close to the Oriental Institute and Fr. David Nazar SJ, Rector of the Institute, who is himself Ukrainian.

Below is a reflection from Fr. Nazar.

The gestation period of the Pontifical Oriental Institute began with Pope Leo XIII toward the end of the 19th century. While discussions about opening a graduate school of research and higher education for the Eastern Churches continued within the Vatican, it was the drama of the Soviet Revolution of 1917 that gave birth to the institute. From its inception, the Orientale was to serve all Oriental churches, Catholic and Orthodox, but the Vatican had a preoccupation with Russia. Under recent tsars Catholic church property had been confiscated and the church outlawed. At the time, the long-term consequences of the revolution were unclear. Nonetheless, Lenin had indicated that, in contradistinction to the tsars, he would welcome back the Catholic church and return its properties. Shortly thereafter, Lenin changed his mind on both counts but hope remained in the Vatican, such that it created a residence, the Russicum, for Russian students and those wishing to serve eventually in Russia. The Russicum was created as a student residence for the Orientale, adjacent to it so students could attend classes easily. Despite this action on the part of the Vatican, including full bursaries, few Russians came to live and study in Rome. Every year until the present day there are several Russian students in attendance at the Orientale. 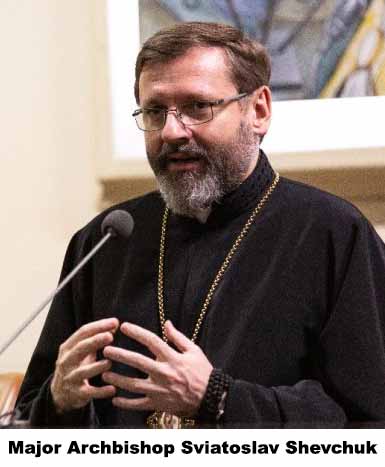 The Ukrainian Churches, by contrast, took much more avail of the Orientale. Since the fall of the Soviet Union, Ukrainians annually constitute one of the largestgroups among the student body. Today, there might be one hundred alumni of the Orientale in Ukraine, among them some 17 canon lawyers and several bishops. We maintain very close relations the Ukrainian Byzantine Catholic Church and its Major Archbishop Sviatoslav Shevchuk.

With many students and professors from former Soviet countries and also from the Middle East, the sensitivity to political conflict and war is very high. Hence, the Orientale community is intensely preoccupied with the invasion into Ukraine. For our Middle Eastern students it is the felt compassion of “deja vu” whereas for those of Eastern Europe there is the fear of “are we next?” again. As an academic community, we have taken to heart Pope Francis’ invitation to make Ash Wednesday a day of fasting. For their part, the students are organizing a prayer service for the academic community on that same day. There is no evident conflict between our Russian and Ukrainian students.

While one can make fanciful appeals to history, as does Vladimir Putin, there was no period of joyous acceptance of Russian control over parts of Ukraine, let alone Soviet domination. For both pre-revolutionary Russia and the Soviet Union, Ukraine was disproportionately important as a rich source of agriculture and mineral wealth. Its extended coast on the Black Sea has important benefits for trade, tourism, defense, and access to the Mediterranean Sea and its markets. Ukraine accounted for 25% of the wealth of the Soviet Union, including much of its metals production and manufacturing. Vladimir Putin’s nostalgia for the Soviet Union is in part based on the opportunities for wealth and global connections that Ukraine offers.

In Orthodoxy, churches are to be national churches, theologically and administratively. That is, in a state with a constituted authority, a language, and a culture, an autonomous church is to exist. The Russian state, however, has used the church as a weapon. In the late 1700s, Catherine the Great conquered the lands of eastern Ukraine and Crimea, suppressed all other churches, confiscated churches and their properties, and installed the Russian Orthodox Church as the only legal church. Western Ukraine, meanwhile, fell under Austrian rule which permitted the flourishing of all churches. There the Byzantine Catholic Church continued to grow, as did the Latin Rite Church. During the Soviet period, all churches suffered repression or dissolution, though the Russian Orthodox church was legally permitted to live in a diminished and restricted capacity. The Ukrainian churches went underground and remained surprisingly alive and effective. With the fall of the Soviet Union, all of these churches emerged from the underground and won back confiscated properties. This has created conflict for both Vladimir Putin and the Russian Orthodox Church.

Ukraine has a very religious culture and the churches have a high appeal and authority among the people. The churches’ voice was front and centre during the Orange Revolution of 2004 and the Maidan of 2014. It is an impressive voice for dignity, integrity, and justice without violence. It is a voice of defense, not of aggression and retaliation. This very much matches something deep in the Ukrainian character. It should be noted that there is no conflict between Russian and Ukrainian people. The conflict rests at the top of the political hierarchy and with oligarchs.

Neither for political nor for religious reasons would Ukraine submit to Russian domination. Its people and its churches survived 70 years of Soviet rule with sanguine character and very active underground churches. They will do this again, if need be. Invasive attempts by Vladimir Putin are much weaker than the Soviet variety. He has a diminishing circle of like-minded ex-Soviet types who want to restore an empire. As the popular demonstrations in Russia have shown, there is not popular support for this kind of adventurism. There is a Soviet saying that goes: “If I can’t have it, I will make sure that you can’t either.” Hence, in the long term, while not being able to cow Ukrainians, Putin can do a lot of damage to the country and its people, as well as its neighbours. The former Warsaw Pact countries are watching with great anxiety because they firmly believe that Putin wants them next. The West might laugh at this attitude, but it is deeply felt in the neighbouring countries and with good reasons based in lived memory.

Ironically, many Ukrainians feel that their conflict with Russia could be the turning point for Russia itself, the occasion of its conversion. This was a common thought during the Maidan of 2014 when the Ukrainian President was taking hourly instruction from Putin, as was subsequently admitted. Putin also sent sharpshooters to the Maidan in unmarked uniforms, as he also did in Crimea. The hope was that if Ukrainians could meet violence with non-violence, they would win not only the battle but defeat this destructive Soviet-style ideology once and for all. And the Russian people would taste new freedoms. Russian people are not free to read what they wish. The national media is heavily controlled. Outside of Moscow there is great poverty. Elections are publicly manipulated and corrupt interests control national decision making. If the current expression of Russian authoritarianism can be broken or shown to be undeserving, the people would have a chance to create their own country for the first time in Russian history. This is a Ukrainian view that gives broader dignity to their suffering. It is fair to view the war not as a battle between two countries, but between two world views, one of which Russia alone retains.

The solidarity that the rest of the world is currently showing is a new phenomenon, one that we have rarely seen, perhaps reminiscent of the South African boycott of the last century. The moral and material support of Ukraine is key, not only for Ukraine. As Solzhenitsin used to say of the Soviet Union, it needs constant moral pressure backed up with concrete measures, not war, to bring it down. Ukraine needs food and material supplies to continue and surely military support to continue its battle against a larger aggressor. I think it would be an error for other countries to enter into the war without having been first attacked. The international support for Ukraine is obviously key and it could have the same effect on Russia that the Afghanistan war eventually had. 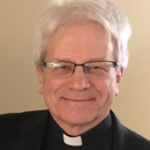 Additional articles which may interest you:

Archbishop: Ukraine’s victory will be God’s victory over ‘the meanness and arrogance of man’ | America Magazine

Pope Francis speaks by phone to Ukrainian Archbishop Sviatoslav Shevchuk: ‘I will do everything I can’ – The Dialog