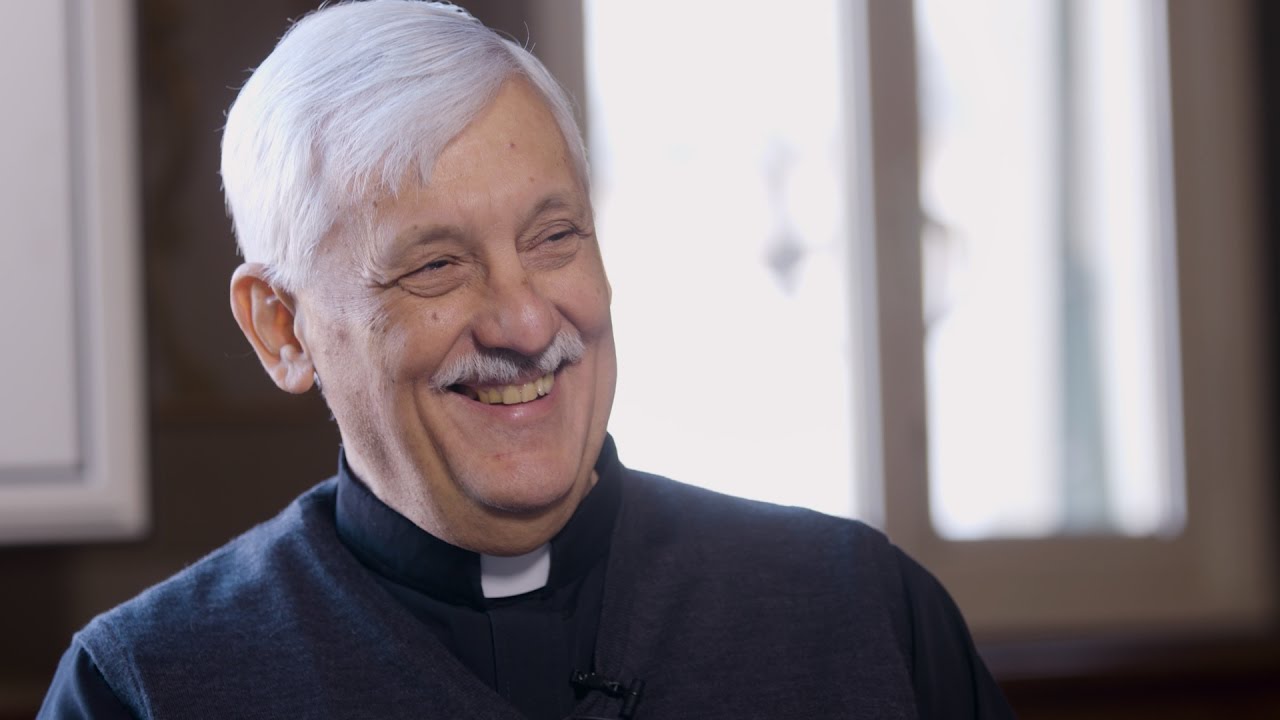 Posted at 10:46h in News & Updates by gregorian

Fr. Arturo Sosa, SJ, the newly-elected Superior General of the Society of Jesus, recently sat down with Fr. Matt Malone, SJ, from America Magazine for an interview.

Fr.Sosa was born in Caracas, Venezuela on November 12, 1948. After joining the Jesuits in 1966 and his ordination in 1977, Fr. Sosa served in a number of leadership positions including Provincial Superior for the Jesuits in Venezuela between 1996 and 2004 and later as the Delegate for the Interprovincial Houses of the Society in Rome from 2014 until his election as the Superior General. Fr. Sosa was elected Superior General on October 14th, 2016.

Watch the video to get to know the new leader of the Society of Jesus:  https://www.youtube.com/watch?v=tD_5UgznhBQ&t=2s

On being elected Superior General

“Well, I feel in peace, in peace. … You really make the moment of being in the Hands of God. If we take seriously that the Spirit talks in the election of the, of your brothers, that gives me peace. It was not my desire, it was not my plan, I didn’t want to do that. So it’s really a call from the Spirit through my brothers, the Society. So I suppose the same Spirit that made that movement and the brothers who put me here will help.”

On entering the Jesuits

“You know when you’re in love, after that you try to explain why. I first fell in love with the society and decided to go to the novitiate, and then I can explain maybe two kinds of reasons, of two kinds of movements in my life: the family, and the Jesuit school where I studied for 12 years.”

“When Father General Nicolas asked the Society, what are the goals you feel in this moment? Most of the provinces of the Society responded with a word: reconciliation.”