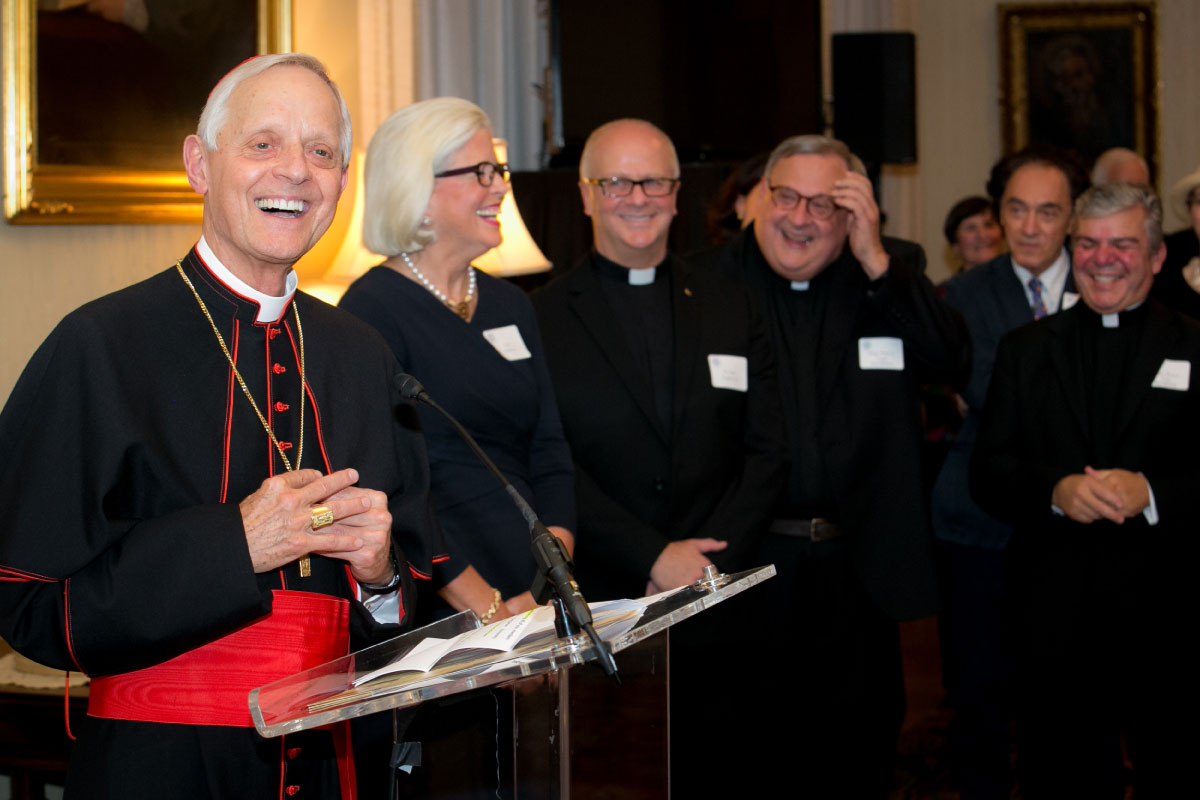 Posted at 08:40h in News & Updates by gregorian

On Wednesday evening, over 175 people officially welcomed the Gregorian University Foundation to Washington at a wonderful reception at the Apostolic Nunciature.  We were delighted that GUF Trustees Bill and Susan Whelan and Bill Frank joined us for the celebration.

LISTEN TO THE PROGRAM

With great grace, Jane Golden Belford Esq., Former Chancellor of the Archdiocese of Washington, introduced the distinguished speakers.  The Vatican Chargé d’Affaires and Gregorian alumnus, Msgr. Walter Erbi, extended the welcome of His Excellency, Most Rev. Christophe Pierre, the Apostolic Nuncio to the United States.

His Eminence Donald Cardinal Wuerl, Archbishop of Washington and Gregorian alumnus, spoke of the wonderful connection between Washington and the Jesuits, dating back to their arrival on Maryland’s shores aboard the Ark and the Dove in 1634.  The crowd then viewed the three-minute GUF video.  Msgr. Peter Vaghi, another Gregorian alumnus and much respected priest of the Archdiocese, gave a more intimate look at life at the Greg and how it has had a lasting impact on his priestly ministry and that of so many others. 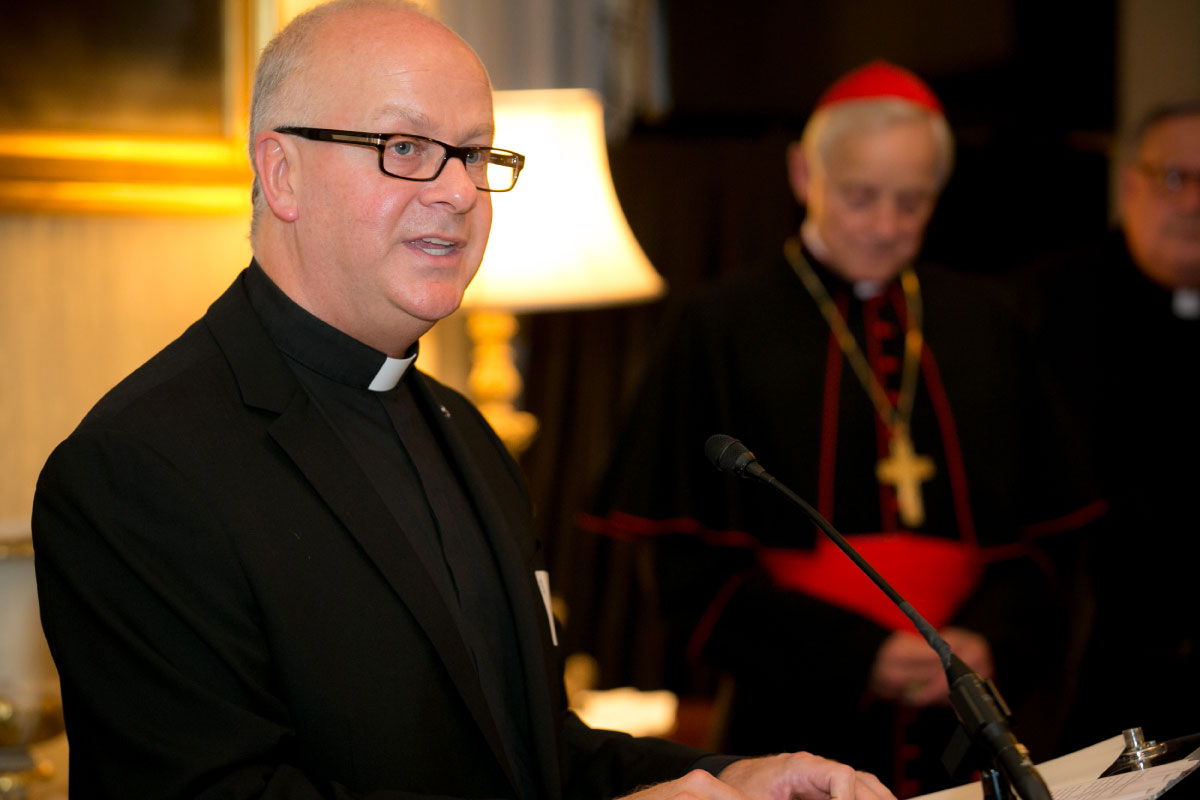 Our President, Fr Alan Fogarty, SJ, highlighted the anniversary that day of the founding of the Society of Jesus – 27 September 1540.  He noted that each of the three Jesuit institutions of higher education under the Foundation’s umbrella has a link with the Holy Father.  They are global and local at the same time.  Representing some 150 countries from around the world, our students are formed in Rome and then return home to minister in Church and academic settings.  Fr. Fogarty pointed to the particular success of our alumni who serve the Church throughout North America.

Not all our students can return home, however.  Some come from countries marked by war and civil strife.  These students join their communities in diaspora to play a key role in preserving the life of some of the oldest Christian communities on the planet.

Pope Francis calls us all to be seekers of peace: to listen carefully to each other, to think critically in dialogue with society and the Church while loving her into the future so she can, with a discerned and profound voice, respond to the lives of her faithful and all those in need.

Pope Francis calls us, in sum, to be responsible for our world and how we care for it and for one another.  He calls the Church to revitalize and re-energize and thus better proclaim the Good News of Jesus both near and far.  The Jesuit schools at the heart of the Church in Rome are responding to the Pope’s call with ardor and enthusiasm. 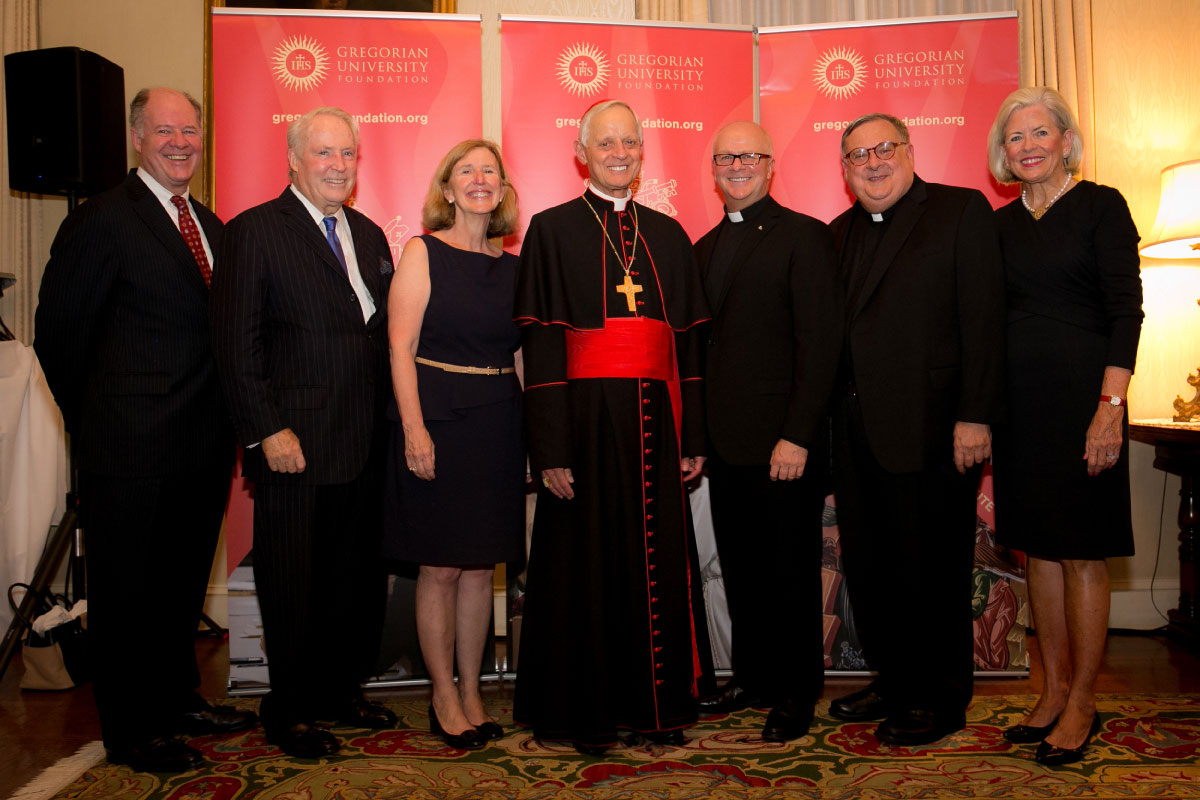 Fr. Fogarty ended the program with an invitation to all our guests to meet us on our website, in Rome or here in Washington.

At this wonderful gathering we enjoyed the hospitality of the “Pope’s house,” made valuable contacts and learned about the GUF’s mission! What more could we ask?