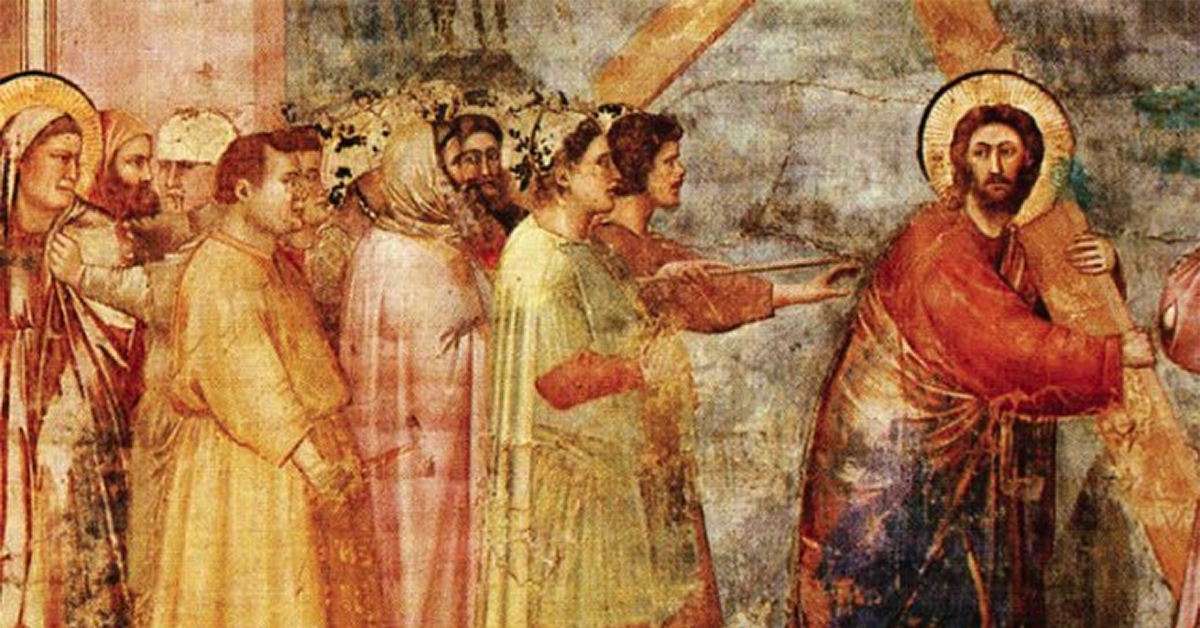 Posted at 12:50h in News & Updates by Colleen Mudlaff

In our prayer and reflection during Lent, sin inevitably emerges as an important theme.  It is such a pervasive reality in our own lives, both individual and communal, that we can’t do any kind of serious self-examination without acknowledging its influence. Moreover, we find at the core of Jesus’ message in the readings during Lent, God’s gracious forgiveness of our sins and our liberation from the powerful hold it has on our lives. As we follow Jesus on his journey to fulfill his mission on the Cross, we see him confront the sinful forces that oppose him as he proclaims the coming of God’s Kingdom, leading to his ultimate sacrifice, shedding his blood to free us from the bonds of sin and death. Without a lively awareness of sin and how deeply it sinks its roots into our lives, we can’t appreciate the gracious gift of God in freeing us from its hold.

As part of our Lenten retreat, Fr. Tim Healy, an Irish Jesuit on the faculty of the Institute of Psychology at the Gregorian, gave an inspiring reflection on sin and redemption. He talked about the importance of seeing sin as relational, the way it harms others and undermines the bonds of community and trust that we have with them. If we just see sin as a personal failure, breaking the rules or not living up to our own standards, then we are stuck, with little possibility of moving forward. Forgiving oneself rings hollow. But if we put it in the context of relationship, there is the possibility of repentance, forgiveness and reconciliation, which can bring healing to all sides.

In order to achieve reconciliation, it is first necessary to acknowledge our sins and the damaging effect they have had on others. There is no reconciliation without first facing the truth. Then we can ask for forgiveness and receive the grace of healing. This is true of personal relations, but even more in the realm of social sin and injustice, such as systemic racism and other forms of discrimination and oppression, which is harder to acknowledge but often far more devastating and dehumanizing for all those involved.

As an example, the Jesuits of my province, the USA East, along with Georgetown University and other institutions, have been involved in an examination of our shameful history with slavery. The Jesuits owned slaves during their first hundred plus years in Maryland. Then in 1838 they sold them into a much worse environment during a financial crisis. to help fund Georgetown and other works. The healing process began with meticulous research on the history of the slaves, especially after the sale, which allowed the researchers to identify some 5000 of their living descendants. Georgetown officials and the Jesuits reached out to those people to express their deepest regret over how their ancestors had been treated and received an appreciative response from many. They then began talks about possible restitution, forming a foundation to raise and distribute reparations. The Jesuits have donated $15 million of our own money and pledged to raise $100 million, which will be used to fund organizations working on racial reconciliation, as well providing educational opportunities and other support for the descendants.  This is an example of what can be accomplished when one honestly faces one’s sinfulness and works toward healing and reconciliation.