Elisabetta was born in Rome on March 29, 1998, making her one of the younger students at the Gregorian University. She is also a lay woman, one of a growing number at the University. After her high school education, Elisabetta came directly to the Greg to begin her baccalaureate degree in 2018. She is now in the second 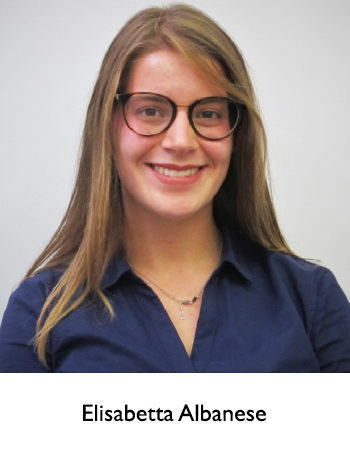 year of a program in philosophy. She hopes to be able to finish the degree in 2020.

Elisabetta says that she finds philosophy fascinating. She is particularly attracted to philosophers of the 18th Century. She realizes that in various ways this is not a practical field of study. However, she likes the way that philosophy leads her to be reflective and to think about broader questions. She says that she has learned how to be critical of the world, to see what is useful and good and to set aside what is not. Philosophy has allowed her to delve deeper into some subjects than other fields of study would permit.

When she was asked about her plans for the future and the way in which she would use the degree from the Greg, Elisabetta responded that she is open to practically anything. She feels drawn into teaching or to doing something in the field of human resources. She is happy that she chose to study at the Greg. She particularly likes the non-competitive environment. No one is trying to outdo everyone else. They are there because they really want to study. Elisabetta also mentioned the importance of the diversity of the student body, including women and men from many countries and backgrounds. Her studies would not be possible without the generosity of donors to the Gregorian University scholarship fund.