Nataliia was born on March 15, 1995 in the city of Lviv in Ukraine. The city was inside Russia before World War I and then became part of Poland. It reverted to the Soviet Union after World War II and in the 1990’s it became part of an independent Ukraine. The city has a diverse cultural and religious heritage. Nataliia belongs to the Byzantine Catholic Church. She obtained a bachelor’s and M. A. degree at the Ukrainian Catholic University in Lviv. 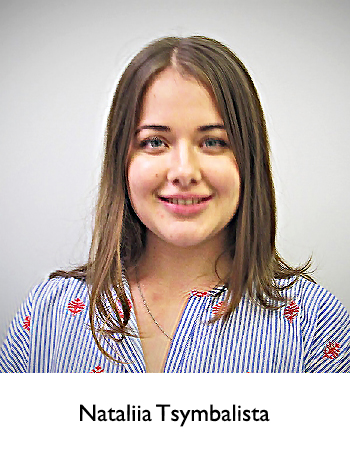 Nataliia first came to Rome on an exchange program while working on the master’s degree. She then decided to remain to study at the Gregorian University. She is now in the second year of a Licentiate program with a concentration in dogmatic theology. She is preparing a thesis connecting the Western theology of Henri De Lubac and the Eastern theology of S. Bofgakov in their writings concerning divine grace. She says that the course work at the Greg fits her specialization better than at the Pontifical Oriental Institute and she is very enthusiastic about it.

While she considers her time at the Gregorian to be blessed, it is also a time of discernment about how she will use what she has learned and experienced. She plans to return to the Ukraine and somehow connect her interests in psychology and social work to the theological education of others. Nataliia speaks English and Italian in addition to her native Ukrainian. She sees herself as bridging several different worlds in order to bring the light of the Gospel to all of them. Her studies would not be possible without the generosity of donors to the Gregorian University scholarship fund.